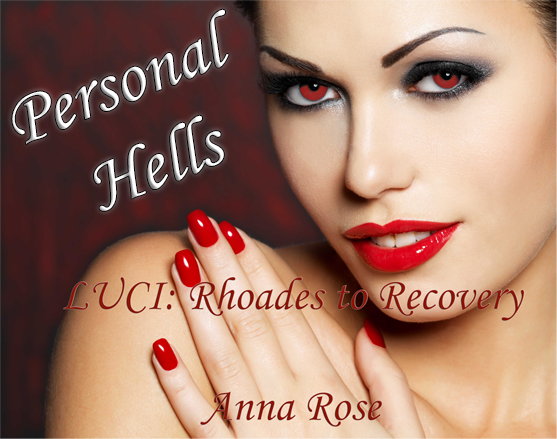 A gift today for those looking for a catharsis. Remember that every time someone reads this, it happens all over again.

I hope you enjoy reading it as much as I truly enjoyed writing it.

“I don’t believe you’ve ever seen what goes on here, Zeri,” Luci said as they stopped at an iron-strapped door. As with any of the personal Hell doors, this one was unlocked, as souls were tied to their quarters until and unless–

Luci opened the heavy door and stepped aside so Zeriel and Hector could see what was going on inside the chamber. As always, what they saw would be impossible on Earth.

Inside, it was a grey day, with heavy, dark, pendulous clouds looming overhead and a multitudinous crowd standing on the great lawn that surrounded the immense white building. Further out, Hector saw sections of several walls that had been deconstructed, but not at all gently. Instead, it seemed as though they had been forcibly shifted out of the way, but he quickly lost interest in that when he heard screams and denunciations coming from the front of the building.

Moving as one, the two angels and Hector made their way across the thick green lawn and then through the walls as though they did not exist, and for them they did not. As they neared the “stage” Hector was able to see more of what was going on.

Someone was making loud suggestions of improper ancestry, then exhortations of innocence, offerings of bribes, and finally accusations about shadowy figures, but it all seemed to fall on deaf ears. Instead, some of those who stood facing the drama began to shout questions at the one who fought to remain inside the doorway. Some of the questioners held microphones while others held cameras.

At that moment, men dressed in dark suits and glasses were doing their level best to wrestle the man outside. At this point, the shrieking man had dug the fingers of both hands into the door frame in a vain attempt to prevent his eviction.

“As a matter of fact, yes, it is,” Luci replied, voice barely above a whisper. “He had nightmares about this very thing long before it came to pass. He existed in mortal dread of it coming to pass.”

“And now it has, it seems. I find it to be oddly satisfying,” Hector replied. “But then, I wasn’t aware that he had died.”

“Ah, yes, well it was quite recent, but not as far as he’s concerned.”

“Indeed,” she replied. “For him, it’s been a few thousand years.”

Hector watched as the man continued to fight.

“Do you enjoy watching souls be tormented, sister,” Zeriel asked. “I find this to be entirely distasteful.

“Not always, but this one gives me some measure of satisfaction,” Luci replied. “Perhaps Hector will explain why someday, if you ask him nicely enough.”

Hector watched as the men managed to wrench the wailing soul away from the doorway and out into the muted sunlight.

“It did, but it just makes his personal Hell all the more satisfying,” she replied. “For me, at least.”

“I’m finding that I’m enjoying it as well.”

Hector noticed something new going on and returned his attention to the show.

The desperate soul and the “agents” were halfway to the waiting dark SUV when the fat man went limp in their arms. The “agents” laid him on the lawn and then looked down at him.

No one did anything to render aid. They all stood where they were as the soul “died” all over again.

A light rain began to fall as he took his last shallow breaths, raindrops falling into his gaping mouth whilst other droplets splashed gently against his open, staring eyes.

Hector wondered briefly what the man had seen, as his last glimpse of Earth, before realizing he was seeing the man’s makeup washing away in tiny, orange rivulets, down the flaccid cheeks and jowls, staining the grass a sickly pale peach color, as they made their short journey into the waiting earth.

Piss, rather than rain, darkened the crotch of his pants as he exhaled his final breath. The sigh he gave at the end was an ethereal thing, a mere whisper, a rarity compared to the loud bluster of his life.

And then the scene blurred, and it all began to happen all over again.

“Yes, I can see why this would be the perfect Hell.”

“I’m glad you approve,” Luci replied. “It was difficult to find the correct scenario, but once I did—well, it is quite satisfying.”

With that, they turned around and exited the chamber, all three pleased by what they had seen.

“Renifrahm has excelled with this torture,” Luci noted. “I’ll have to do something nice for him.”

“You reward your demons,” Zeriel scoffed. “With what? Lumps of coal?”

“Hector has inspired me to do things a bit differently than I have been. I’ll ask around amongst those who know him and get a suggestion or two.”

Hector hid his smile and dropped back behind the sisters to walk and listen as they chatted.