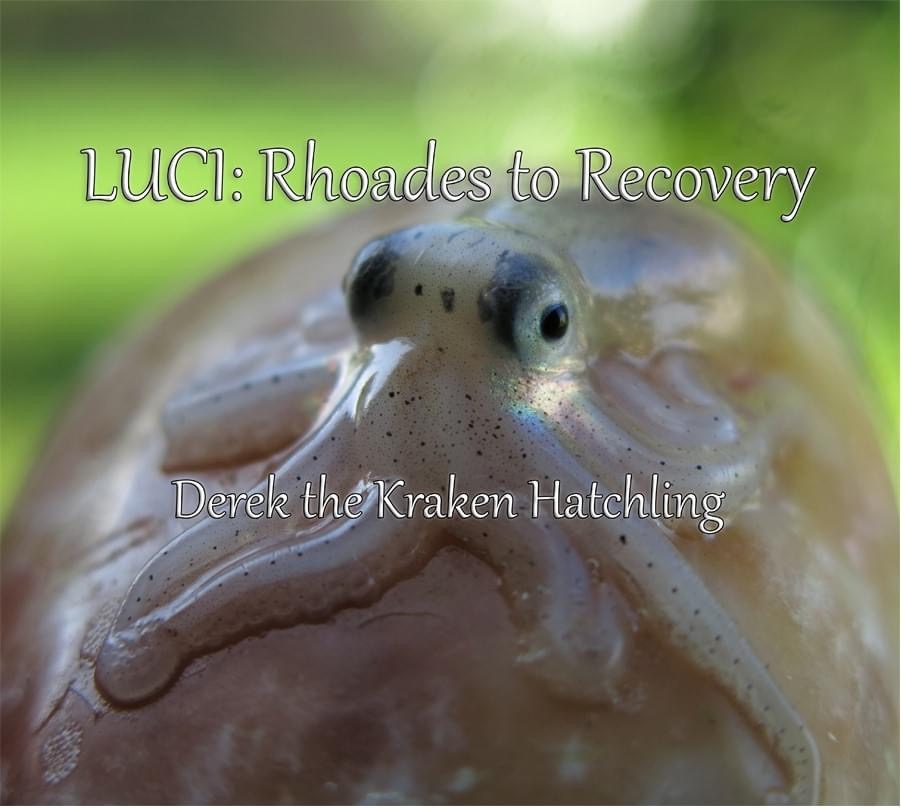 It’s been a while since last I posted a snippet of the current LUCI novel, so I thought I’d tease you a bit with this one. Remember that this is the first draft, so things may change, but I promise that Derek will remain. Enjoy!

“I’m fine, Luci, I swear! I do know how to swim, after all. Anyhow, Derek will be there,” he protested. “Why do you have a kraken in your swimming pool in the first place?”

“He’s the last of his kind and I couldn’t let him come to a bad end,” she replied. “I haven’t figured out where I’m going to put him once he gets much larger than he is now. I try not to transplant species between realms unless it is absolutely necessary.”

“You’re a soft touch, Luci,” he said. “Who’d ever think the Devil wears her heart on her sleeve? Definitely not your reputation at all.”

Luci replied with a monosyllabic profanity, shifting in her chair as she glared at him. The human was not quite able to stifle his snort of laughter.

“It’s not his job to babysit you, Hector,” Luci growled, not addressing the man’s opinion of her feelings. “He’s a growing kraken and he shouldn’t have to worry about keeping you above water. He’s got enough trouble not tangling his tentacles together into a knot.”

The kraken in question was still a baby at six hundred and thirty-seven. The creatures had little sense as it was and tended to act first and consider those actions later. That was never a good idea when it found something splashing around in its home.

Especially if it was feeling a bit hungry between meals.