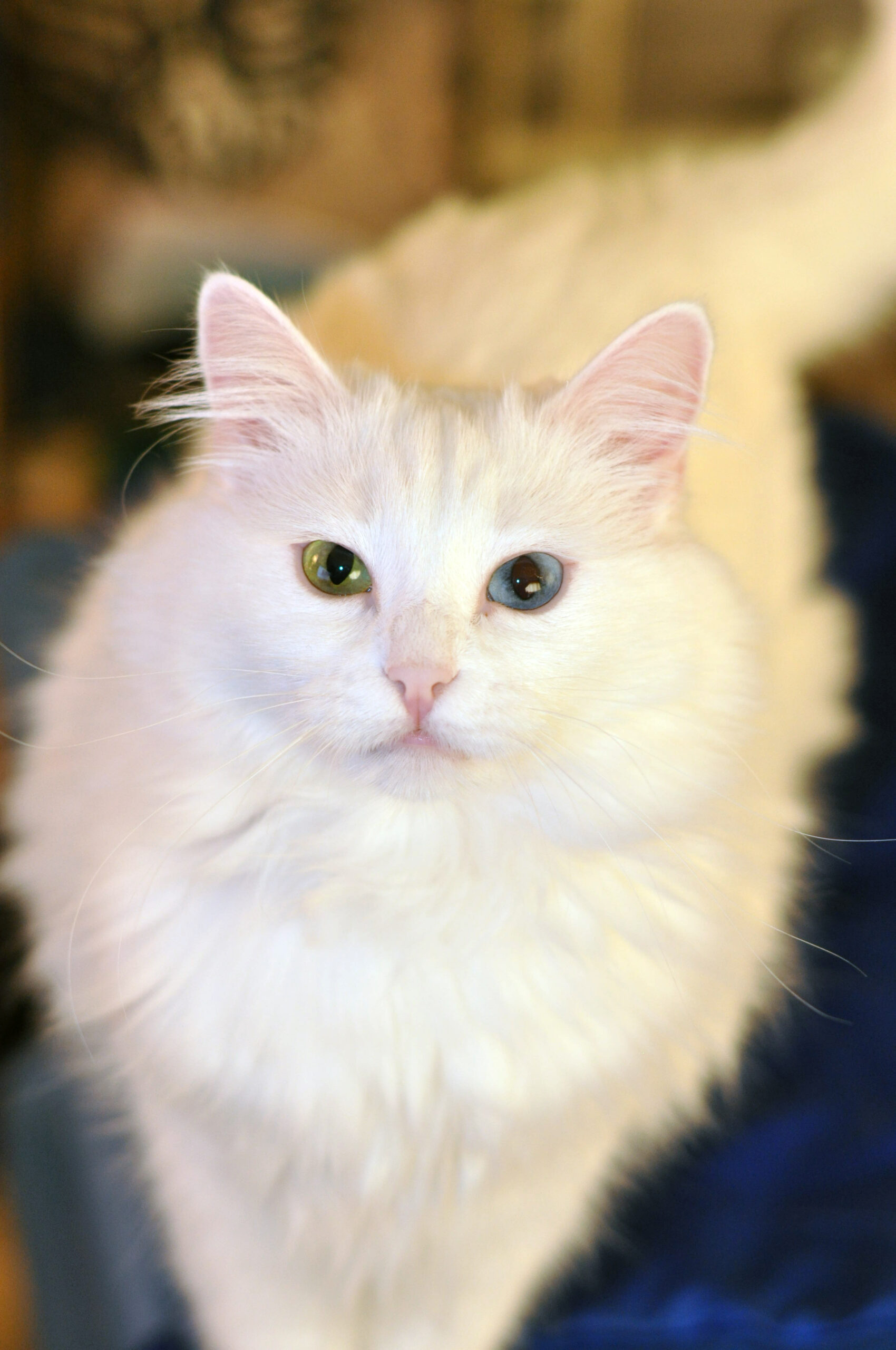 The Mother of My Little White Angel

…is Gigi, shown here walking toward me in a completely spontaneous photo.

Little Miss Gigi was adopted with the understanding that she had been spayed and was extremely underweight, matted and unhealthy.  She would require medical care, a healthy, balanced diet, careful humane grooming and a lot of love and understanding.    This was one of the sweetest, calmest rescues I had ever met.   She wasn’t skittish, and would tolerate being held and loved on for as long as you were willing to give her attention.

Soon after my friend adopted her, she developed some concern, as Gigi obviously had balance problems.  She couldn’t seem to sit up properly when she was trying to groom herself, and in fact, would often fall over in the process.  My friend would find Gigi leaning with her back up against some solid object as if to give herself support while cleaning herself.

Perhaps two months after her adoption, my friend was astonished to discover six newborn kittens stashed in the back of her closet.   Three white females, two black and white tuxedo boys, and one gray and white boy she dubbed “Lucky”, because he was the one kitten she could tell apart in the entire litter.  It would take awhile for the others’ personalities to come forward enough for her to give them proper names.

Well, let me tell you that my hard-hearted, no nonsense friend fell deeply in love with the whole pile of them!  When the rescue who had told her about the mother’s imminent demise found out about the kittens, they offered to take the babies off my friend’s hands.  My friend, knowing what would happen to these adorable little innocents, very quickly told the folks at the rescue that she was taking on the kittens and would see to their being raised healthy and happy, would see that they were spayed/neutered, and that they would find new homes.

Well, she’s done just that.  It’s nearly ten months since the kittens were born, and she only has two for whom to find a forever home.  They are the pair of black and white tuxedo males who I hope to get some pictures of in the near future.  They need to find a home as a pair, as they have behaved like identical twins since the moment they were born!  Visually, they are not identical, but their markings do compliment each other: one brother has a mustache, while the other has a goatee!  They cling to each other like the best buddies that they are, and that’s fine.

My hat’s off to Gigi’s Mom.  She’s one of the very best people I know and I’m honored to call her my friend.